Latest from the Intellegentia Blog

6 great ways to use HubSpot Workflow

Let's face it.  There are LOADS of ways to use HubSpot workflow, but lets have a quick look at my favourites: 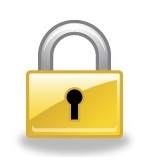 Some great news from the European Commission.

A while ago we talked about the proposal to require prior opt-in consent for B2B marketing.  This has been under discussion for some time now, but at last we have a decision that this is NOT going to be enforced.

There’s been a lot in the news lately about how privacy regulations are set to change on 6th April 2015.  In essence the change means that proof of “substantial harm or substantial stress” caused by a breach is no longer necessary; the regulator can impose fines of up to £0.5m for a proven breach.

This is good news. There have been times (e.g. the Tetrus case in 2012) when there have been blatant breaches but the ICO has been unable to prove substantial harm or substantial stress and the perpetrators have got away with it on that legal technicality.

From the 6th April, those who don’t obey the privacy regulations will be fined, leaving those of us who do stick to the rules in a much better position.

But what of the future?

How the New EU Data Protection Act Could Impact Your Marketing

Why should you be considering inbound marketing now?

If you haven't heard about the proposed changes to the EU then you soon will. For marketing managers, directors and teams operating in the UK, there are some fundamental changes charging over the hill that are likely to railroad your marketing strategy for the future.

Other ways of learning - join our small group training courses around the UK.